I did not win Nano this year. I did not really try. I somehow knew that it was not going to happen this year. So, I made a deal with a friend that we would have a novel written by January 31. I have not been working on it much lately. I took a week off for Christmas, thinking I would sit  around and write like a fool for 5 days. Nope. I tried everything. More coffee? Check. More beer? Check. More food? Check. More sleep? Check. Silence, music, TV, no husband, husband sitting beside me, kitchen, living room, dining room. Nope. Nothing. Writer’s block at every turn. My brain would not compute the story. I had the beginning. I had the end. I had the characters. And I love my characters. They’ve been talking to me for years now. But I had no middle. So, I’ve been moping about, procrastinating, doing lots of other things. Cleaning, ugh. I hate cleaning. It’s like having your fingernails pulled out one by one, only more annoying. But I’ve been doing it just to avoid sitting at my computer. To avoid staring at my empty screen. To avoid the anger and hate for myself. I got so mad at myself for wasting time. For not doing more in the finite days I’ve been gifted. I did make myself sit for a few minutes each day with nothing but Scrivener on my screen. But still nothing. Then today, I had an epiphany.

As a photographer, I know that sometimes you cannot get that shot. There are times when you see something, but shooting that photo is not an option. You don’t have your camera. Or maybe the light just won’t work with the equipment you have. Face it, sometimes you just can’t get it. But it eats at you. You remember that moment. You know how that will look in your camera. You know you have to get it. So, you either go back and wait for the light to hit again. Or you stage it. You force it. You make it happen. And there are times when you have to shoot it a hundred times to get it right. But you keep trying. I’ve been to one location in Knoxville three different times, trying to get the shot I need. But it hasn’t happened yet. Yes, I’ve gotten some good ones. But not THE one. Then there are times you are limited by your environment. Maybe there does not seem to be anything great going on there. But if you just change your perspective, you might find it. There have been times that I’ve took a photo, thinking that’s going to suck. It’s going to be boring and the light’s going to suck. But you get it home and wow it looks incredible. And sometimes that photo sucks coming straight out of the camera. So, you have to go into Photoshop and up the contrast or saturation or take out that power line. It’s not always perfect right out of the camera. And sometimes it’s not perfect coming right out of my brain. 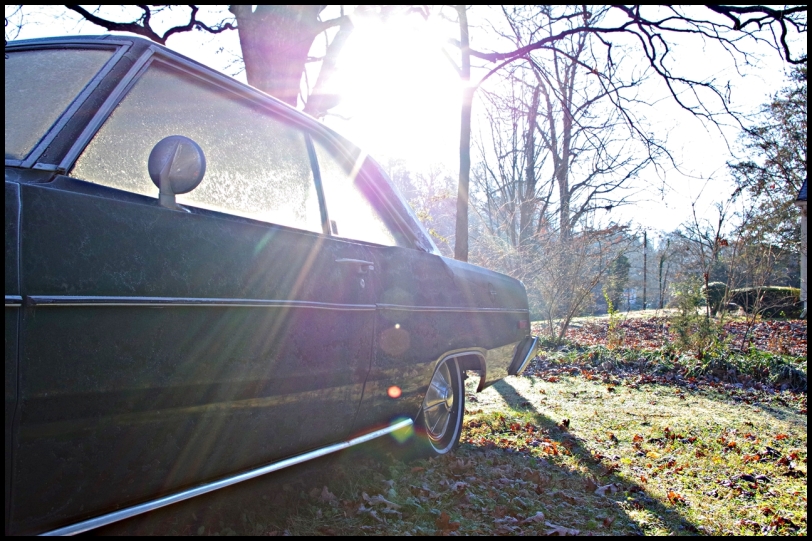