After my success with the Bluebird pic, I thought I might try to shoot some other birds. We have tons of cardinals flying around our yard right now. They seem to love winter. So, I decided a nice, pretty, red cardinal would be awesome. Apparently, Mr. Cardinal is not ready for his closeup. 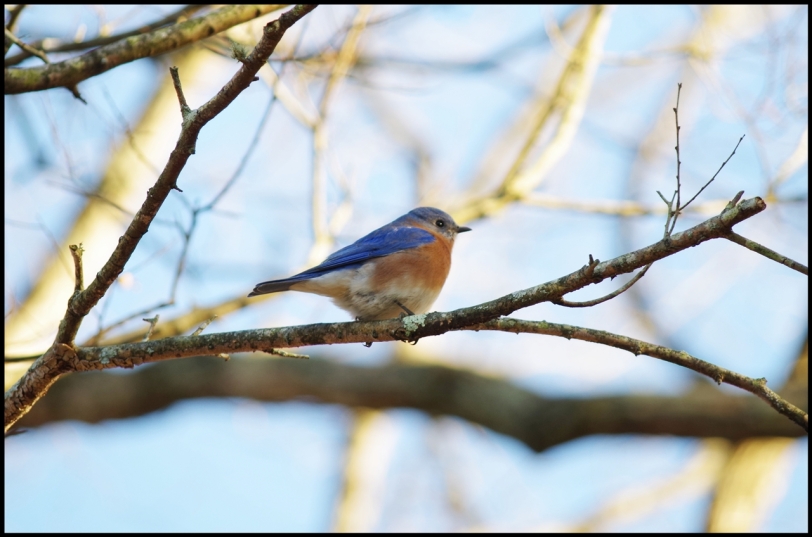 Bluebird in tree. It took three clicks of the camera to get this shot.

Every time I spotted the Cardinal, I’d sneak out to shoot him and he would fly away. First, he hid in the Holly bush. 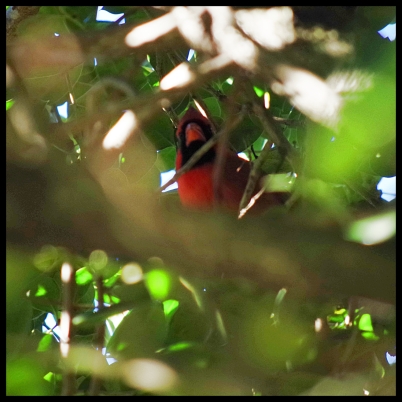 How about a profile blocked by leaves and limbs?

I waited outside, in the 30°F weather, for him to settle and let me shoot him. Nope. I followed him around all day yesterday. Then my husband yells at me this morning to come up to his office. There is Mr. Cardinal, hanging out on the top of telephone pole right outside the window. So, I got the camera and shot through the window. The originals are pretty awful, but with a little work they aren’t too bad. I do not have Photoshop at home, so I am very limited on my retouching possibilities. I may revisit this later with Photoshop.

Original, from the window 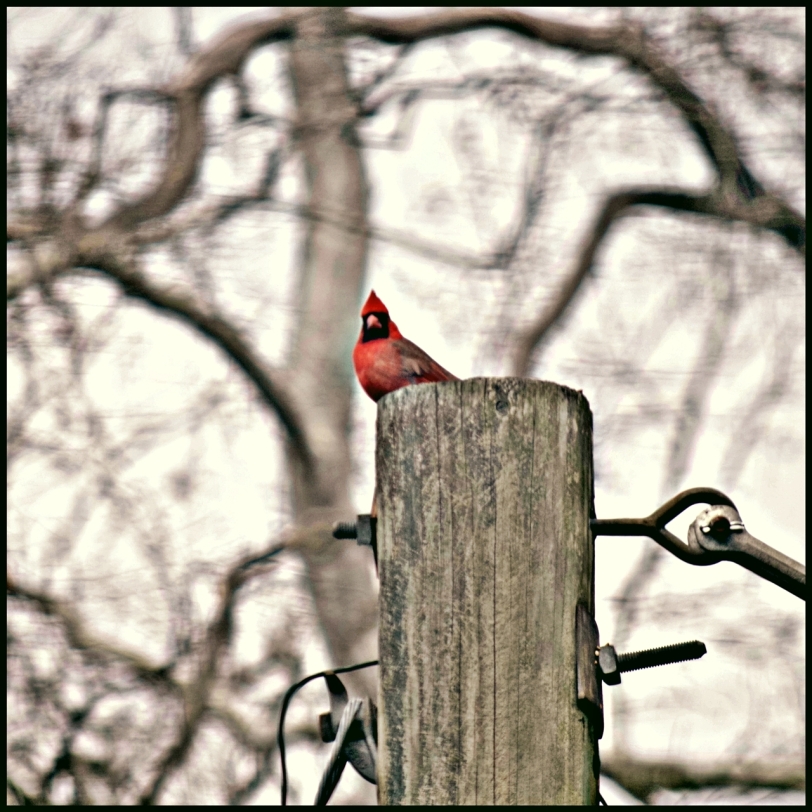 Sharpen and they aren’t so bad.