This is not a photography post (of course, there are photos), but it’s a post. It counts. I have two funny stories about my animal companions.

My dog has realized that when the cats hack, it is sometimes food. Yummy. So, one of my cats was getting sick, making all kinds of noise and my dog was following him around with his nose next to his mouth. He was just waiting for my cat to yack up some tasty goods. Gross, but funny.

The other is a story about strange people coming up my driveway. I often put my dog on the front porch, because he gets restless inside. He likes to know what’s going on in the world. So, I had him out there tonight as my husband was getting ready for work. He starts barking, so I look out the window and saw a strange truck coming up my drive. So, I go out to rein in my crazy, wild dog before he gnaws somebody’s leg off. The guy rolls down the window and asks if this is the house with the dog pen to give away. I tell him no, must be one of my neighbors. What’s the house number? He starts to get out of his truck and his phone rings, it’s his wife, telling him it’s a yellow house. So, he goes to get back in his truck. My husband comes out and my cat sneaks around him, out the door. He is all puff and wild, like he is going to back up his dog buddy. I think my cat scared that guy more than my dog did. The look on that guy’s face was priceless! I am sure my other cats were all sitting in the door, staring at him. I bet that guy has nightmares about the creepy house with the cats. Haha! 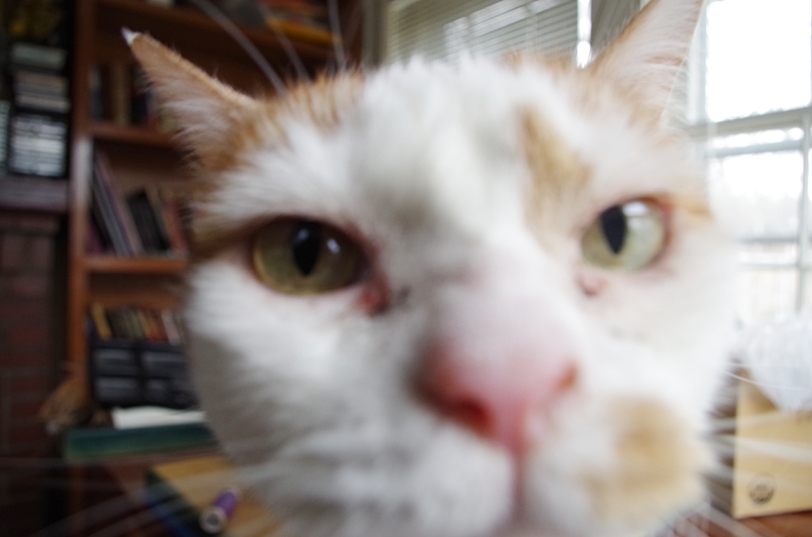 3 thoughts on “Feline and Canine Funnies”