My husband and I were driving home to Tennessee from Kentucky today. The rain was coming down pretty hard. It had been raining all day, so there was water puddling on the road in places. We were taking our time and so was just about everyone else. We had just reached the peak of Jellico Mountain. When my husband started to brake.

“Let’s stop and check on them,” my husband said, “he may have had an animal in the car.” Now, if you have ever read any of my stuff, you know, we are animal people. We have six cats and a dog right now. He ran back to check on them. I called 911. They promised to send someone. Then my husband called me and said, “the cat jumped out of the car. Come help us look for it.”

Yes, there was a cat in the car. How on earth my husband knew that, I do not know. But there you go. It jumped out of the busted back window. Fortunately, she did not run out into the road.

All other cars went by. No one else stopped. They didn’t even slow down. Anyway, my husband and the other guy were climbing around in the brush on the side of the road. I was standing in the rain, trying to call out and ask the guy what his cats name is, what does she look like? Then, I saw him turn around and bend down. When he came back up, he had her. A beautiful dark tortoiseshell. He made it up the embankment to me. But it was slippery and he fell a little. I wanted to take the cat, but I was afraid that would make her scared again. But he said it would be okay, so I took her and held her tight against me. I her while he went to his car to get the crate. I had tried to get the crate, but the car was locked. The cat seemed fine, I did not feel any immediate wounds or blood. But she was terrified. I think the guy was in a little bit of shock himself. We got her in the crate and in the car. He got back in the car. We tried to get him to get in our car while he waited for help. He said he was fine. He told us to leave. We tried again but he insisted that we leave. We did leave. I can only hope that help showed up soon.

People, if you are traveling with your pets, please keep them restrained. I would much rather listen to my cat scream her head off for hours than lose her on the side of the road. This was a happy ending. He found her. If he would have been more injured, no one would have known that there was a cat out there.

Also, slow the hell down out there. Hug your pets and your loved ones. 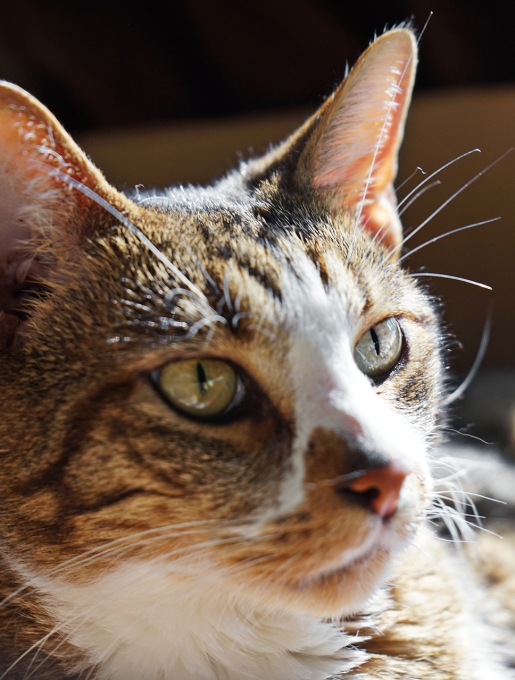 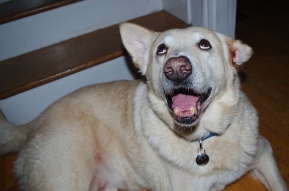 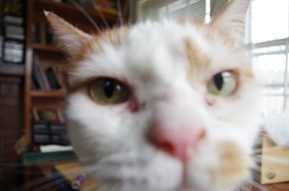 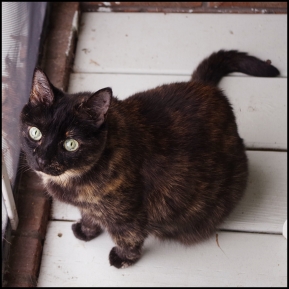 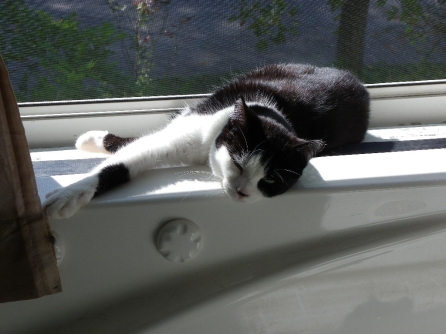 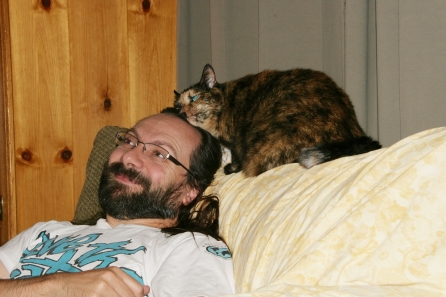 Meadow and my hubby. 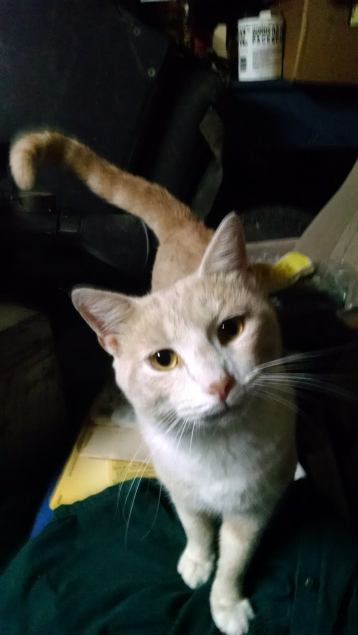 4 thoughts on “A Christmas Story”