My travel maps are great way for me to combine my love of travel, photography, history, and art. When I visit historic locations, many of them look very similar. Churches for example, even the big cathedrals tend to have a lot of the same characteristics. Old historic homes in the United States seem to always be the same two story four square build with many of the same style furnishings and decor. So, I found myself wondering how best to represent their locale or region. I started the map collages when I was working my photos from Cuba. I wanted to be more creative with my finishing work. So, I found some old public domain maps and went to work. I wanted to use antique maps instead of more modern versions because it felt like the best way to represent the historic aspect of each location. Now, I make a travel map for everywhere I travel, even Knoxville has gotten the travel map treatment. This specific blog is dedicated to maps from the United States, specifically, Kentucky and Tennessee.

I grew up in Danville, KY and still visit the central Kentucky area quite often. Danville is home to Constitution Square Historic Site. Constitution Square is located in downtown Danville and consists of three main cabins. The Courthouse and Jail is a faithful replica of the original. The Presbyterian Meeting House is also a replica. The Post Office is the original structure, erected some time before 1792. There are several other buildings on the outer edge, all are replicas.

Across the street from the Square is the Ephram McDowell house and museum. Ephram McDowell is considered the father of ovariotomy, after successfully removing a 22.5lb ovarian tumor from Jane Todd Crawford in 1809. He also perfected abdominal surgery.

Also, in downtown Danville, you will find a local landmark called Burke’s Bakery. My mother swears by their birthday cakes. Every year at Christmas, we have to get Gingerbread cookies from the bakery. 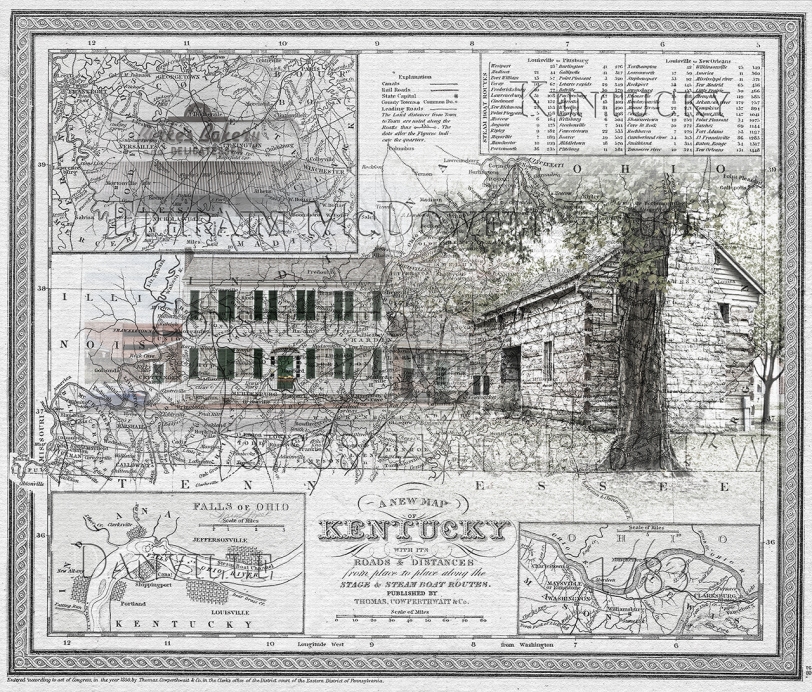 I have family in Winchester, KY. Winchester, founded in 1793 and is the county seat of Clark County, KY. Home to several historic sites, but most importantly, the beer cheese trail. If you know me, you know, I love beer cheese. But I digress. This map features the historic Clark County Courthouse, built in 1853.

Perryville is just south of Danville. First settled in 1781, was originally called Harbeson’s Fort or Station.  Merchant’s Row, built along the Chaplin River was built in the 1830s. This row of buildings still stands. When I imagine what it looked like originally, that’s pretty much what it looks like now. If you are a Civil War buff, you probably know about Perryville Battle Field. This is where one of the bloodiest battles of the American Civil War took place. It effectively ended the Kentucky Campaign for the Confederate Generals, Braxton Bragg and Edmund Kirby Smith.

I found I’ve done quite a few travel maps with the Sunsphere in them. I think the shape lends itself well to the collage or maybe it’s just such a big part of the Knoxville skyline that it has to be there. The Sunsphere is a 266 ft (81.07m) steel structure topped with a 75 ft (23m) gold glass sphere. Originally built for the 1982 World’s Fair, it still stands as a beacon for all who drive through Knoxville. Also in Knoxville, is the Historic Tennessee Theatre. The theatre first opened in 1928 and was billed as “Knoxville’s Grand Entertainment Palace.” The first movie shown was “The Fleet’s In” starring Clara Bow. The marquee is a well known site on Gay Street. The theatre itself is on the National Register of Historic Places. While more of a concert venue, the theatre still shows movies once in awhile. In the Old City, you’ll find the JFG Coffee Sign atop the old JFG Coffee Company building. JFG Coffee company was founded in 1882 by James Franklin Goodson in the nearby town of Morristown, TN. Originally a wholesale grocer, the company was known for its coffee, tea, peanut butter, and mayonnaise. In 1926, the headquarters moved to its Old City location, taking the coffee roasting with it. 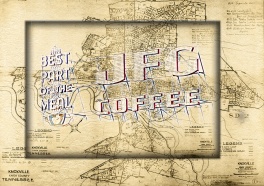 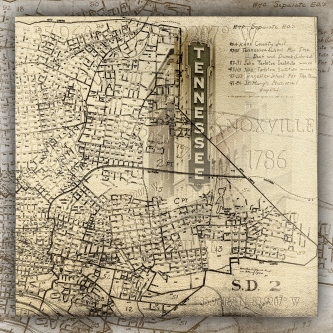 So, after going through all of these, I realize I am missing quite a few hotspots. I have not done any maps to go with my photos from Virginia yet. Maybe I should make it a goal to do at least one travel map for each state. I think I’ve got my work cut out for me there. Maybe some day.

If you are interested in purchasing any of these as prints, please visit my Etsy shop or for specialty or prints larger than 16 x 20, visit my gallery.

To see map art by other artists, click here.

One thought on “Americana Travel Maps”