Vegetarians look away. This recipe has meat. I’ll post a veggie version soon.

Brown Chorizo in bottom of large pot. Chorizo comes in many different forms. Get the kind that looks like this.

Not necessarily that brand, but that style. When sausage is cooked through, stir in stewed tomatoes. Place mushrooms, pepper, and garlic in pot. Stir it into the sausage. Let cook for a minute. Pour in veggie broth. You can use beef or chicken broth. But I only had veggie broth and it worked great. Stir. Pour in the garbanzo beans and black beans. Stir. Let simmer for about 10 minutes. Stir in cilantro and salt to taste. Let simmer for about 30 – 45 minutes. This chili is the bomb. It’s just a little spicy from the sausage. If you want it more spicy, you can put some jalapeno’s in there. Most of the flavoring comes from the chorizo, so no need for much else.  Serve with grated cheese and Greek yogurt* on top. I like mine with pita chips, but corn chips would work, too.

*Sour cream is an option here. 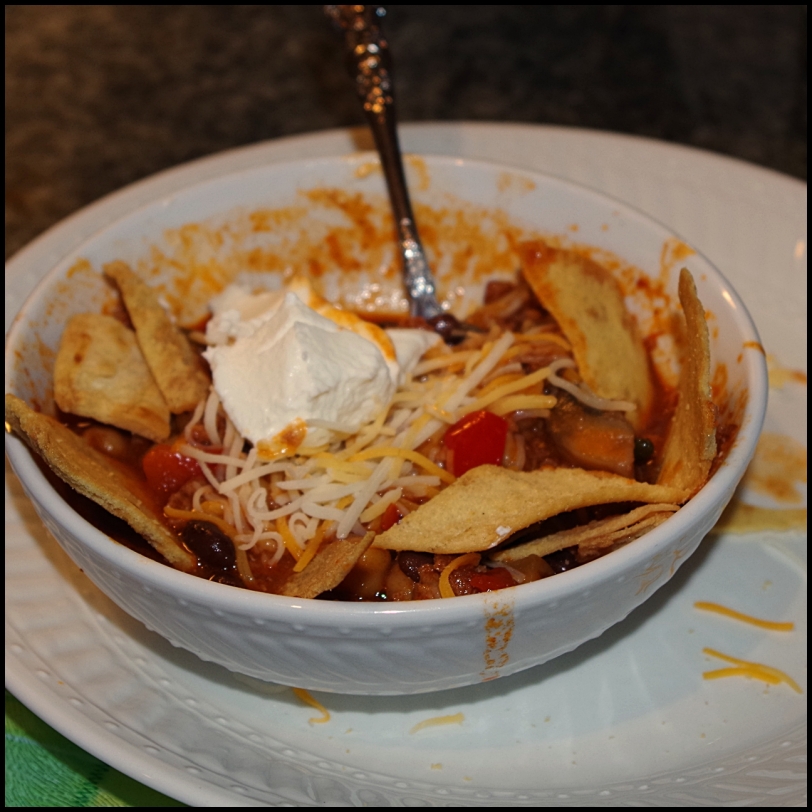 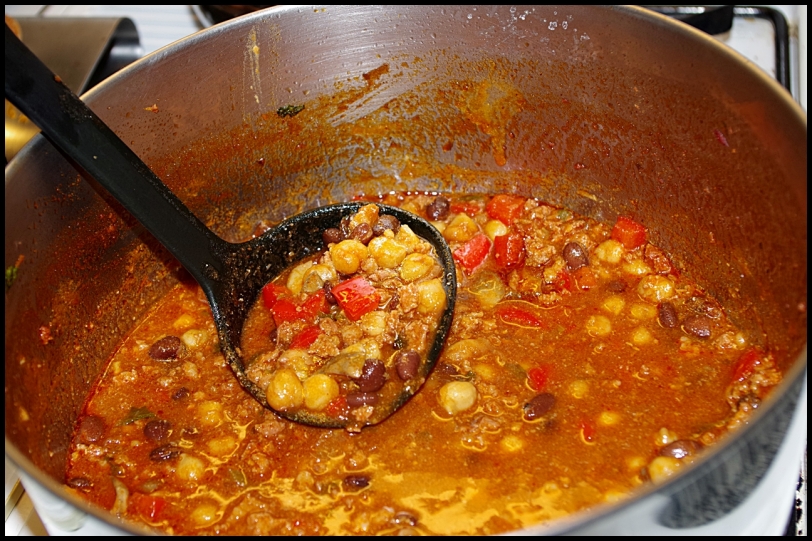 I edited this recipe because I originally forgot to put the stewed tomatoes on the list.

4 thoughts on “Chili with Chorizo”