From Church to the Pub

Woke up feeling much better. We started the day with a “continental breakfast”. Now, in most places continental breakfast means croissants, rolls, breads, jams and jellies, some fresh fruit, and maybe some yogurt. Our continental breakfast was toast and generic cereal. Piles and piles of toast. Of course, we had the option of white or wheat toast. It did not matter which you chose. It was rubbery, tasteless toast. So, screw toast.

We met the tour guide in the lobby, he took us to Westminster Abbey. A definite must if you are visiting London. There are so many people buried there and memorials for many more. They still hold church services there. The building itself is a work of art. And inside, the sculptures and paintings tell the history of a country.

From there, we booked it over to Buckingham Palace to see the changing of the guards. We missed seeing it at the gates. But as we were walking around the park, the guards came parading right by us, so I got some close photos of those fabulous hats! Please note those are not ceremonial guns. Those are the real deal. Do not mess with men in fabulous hats and red jackets.

On to Trifalgar Square, currently home to a giant blue rooster sculpture called “Hahn/Cock” by German artist Katharina Fritsch. There are several fountains and monuments there as well. It is also where The National Gallery is located. All museums in London are free. So, go London!

We decided to check out the shopping at Covent Garden Market. There were some nice local vendors with beautiful items. But most of the shops seemed to be chains and more high end shops. Out of my budget anyway. We spotted a little Thai restaurant and had lunch there. Good stuff! After spending 2 pounds on restroom visits, it was time for a pint.*

We started looking for the Sherlock Holmes Pub. London isn’t very big, but it is confusing. The streets are laid out in nice squares and the directions we got from people were often confusing. Mostly because they would say “It’s 2 minutes that way.” What does that mean? Say 2 blocks or 2 streets. But I might be able to walk further than you in 2 minutes or vice versa. I would like to add that everyone in London was incredibly friendly and very willing to help. If you looked lost, someone would ask if you need help. Anyway, we found it! Drank a pint and went on our merry way.

Our next quest was the search for Karl Marx’s residence. We had trouble finding it, but made a few friends along the way. We walked around Soho where we visited a bookstore, talked to several inebriated individuals who led us to Mozart’s place, but not Marx. Then, there it was, a tiny blue circle two stories up. Wonder how we missed that?

Chinatown was colorful and smelled awesome. We bought Chinese beer and snacks from a small grocer. But did not have a beer opener. So, my sister, ever so resourceful, taught us how to open beer bottles with a lighter. Damn, it’s time to go to bed. What a long day!

*Be on the look out for the quest for restrooms blog! 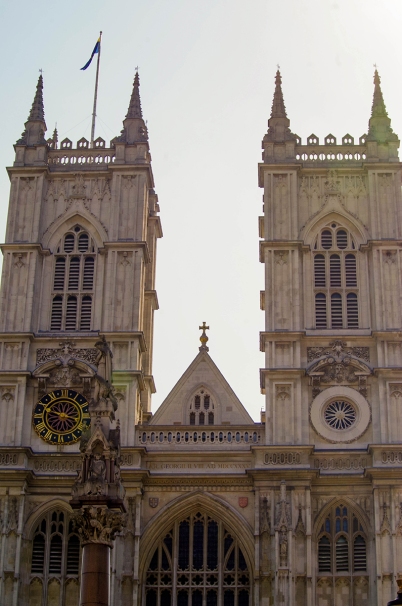 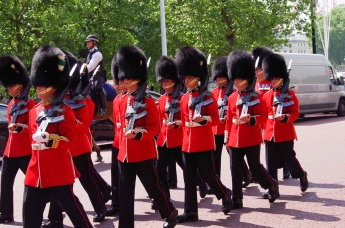 Changing of the Guard – Buckingham Palace 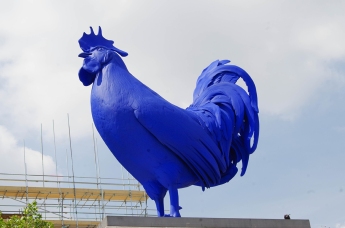 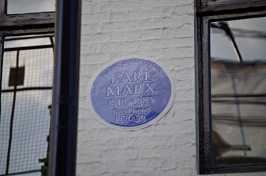 One thought on “From Church to the Pub”