Vinnie, what to say about Vinnie? He was old. He was grumpy. He hated everybody except me and my husband. He followed me everywhere. If I was at home, he had to have his eyes on me. He felt like his job was to watch over me, to protect me from harm or threat. Since he didn’t have lots of teeth, he probably could not have done a whole lot if I were under attack. But he could put on a show when he felt there might be danger nearby. 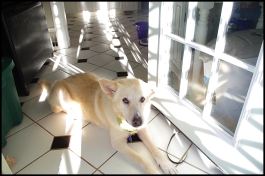 We adopted Vincent when he was 10 years old. Everyone thought we were nuts for adopting such an old dog. Especially since he had obvious health problems – arthritis, enlarged heart, no teeth, missing ear, and he liked to mark his spot. Since he was not neutered until 10, he had a strong need to leave his mark. We had no idea how he would be with the cats. Turns out, he didn’t mind them at all. He would even let them eat out of his food bowl. 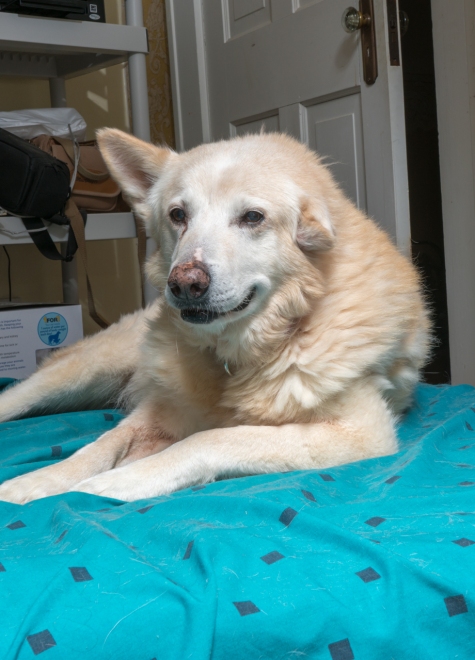 Vincent was the first dog we ever had. I daresay he won’t be the last. I wrote a blog about him when he first came to live with us. Since then, he’s driven me crazy. He claimed the most comfortable chair in the house, even though I bought him a custom bed. He would hear something and need to go out or smell something and want to go out. Or hear the neighbors come home every night and feel the need to tell us all. Did I mention they worked a late shift and it was midnight? When outside, if any car drove by the house slowly or god forbid, pulled into a neighbor’s drive, he barked. And I mean barked like a madman. He bit our lawn guy. He bit the meter reader. He tried to bite some other folks, too. He was kind of a jerk. But we loved him. He was our grumpy, old jerk. He watched over me. He was like a security blanket for me. I slept better at night knowing that Vinnie was there. I knew he was there because he was snoring.

We have a hole in our lives now. A hole in our hearts. A giant, 75 pound, crazy, barking piece is gone. Goodbye, Vincent. You were everything an old dog should be.

8 thoughts on “Vincent is gone”